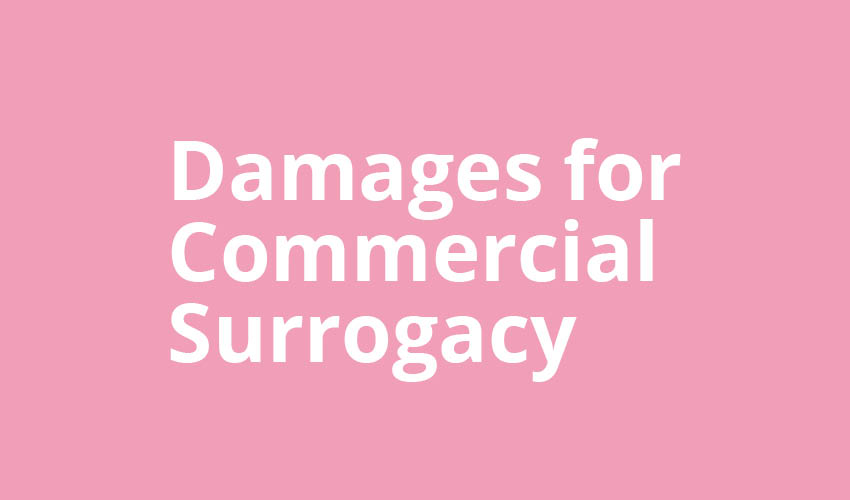 A ground-breaking legal ruling by the UK Supreme Court on 1 April 2020 awards damages to a woman for Californian commercial surrogacy and donor conception following a delay in detecting cervical cancer in the case of Whittington Hospital NHS Trust v XX [2020] UKSC 14.

The Defendant hospital admitted failing to detect cancer from smear tests in 2008 and 2012 and biopsies taken in 2012 and 2013. Very sadly, the Claimant (then aged 29) went on to develop cancer of the cervix and needed chemo-radiotherapy treatment that made her infertile and caused severe radiation damage.

Due to the delayed cancer diagnosis and the size of the tumour, the Claimant was unable to have surgery to save and protect her fertility and she suffered a complete loss of fertility. She had always wanted a large family of her own and she was so upset by the diagnosis that she delayed her cancer treatment twice to obtain further medical opinions about the scope for fertility sparing surgery. When she learned this was not an option in her case, she underwent an egg freezing cycle in June 2013 and froze 8 mature eggs.  A few days later, she underwent urgent surgery followed by chemo-radiotherapy. This caused so much damage to her uterus and ovaries that she was left unable to conceive or carry a pregnancy and it triggered premature menopause.

As a result, the Claimant sought damages to enable her to enter into commercial surrogacy arrangements in California to have four children using her own or donor eggs and her partner’s sperm.This took into account her concerns about the informal and legally restricted nature of surrogacy in the UK. It also reflected the fact that commercial surrogacy in California offers legally binding surrogacy arrangements and pre-birth orders in the Californian court which recognise the intended parents as the surrogate born child’s legal parents at birth.

The case was first heard in the English High Court in June 2017, where a limited damages award for two altruistic UK surrogacies was made in the sum of £74,000. Whilst this was a step forward in addressing restrictive law and public policy and represented the first award for altruistic surrogacy damages in the UK, it was not an acceptable outcome for either the Claimant or the Defendant.

The case then went to the Court of Appeal in November 2018, which increased the damages award to cover the costs of fertility treatment and commercial surrogacy in California to approximately £560,000 out of a total award of £1.1 million.

The case was then appealed to the Supreme Court and heard in December 2019, handing down its judgment on 1 April 2020. The Supreme Court by a majority of 3:2 dismissed the Defendant hospital’s appeal. This enabled the Claimant to recover damages for commercial surrogacy and donor conception costs in the US.  In doing so, the Supreme Court made clear that donor egg surrogacy is a legitimate means of compensation.

“I welcome this significant and progressive legal ruling. It marks an important step forward in the development and intersection of medical negligence, fertility and surrogacy law in the UK. It enables a ‘fertility’ head of claim in cases where a person’s fertility and ability to conceive a child has been lost or undermined through medical negligence, including claims for overseas commercial surrogacy and donor conception in cases where it is deemed reasonable. It also helps increase awareness about the importance of individual fertility, donor conception and surrogacy. However, there is still more that needs to be done protect people’s fertility and promote their ability to have children”.

You can read the full Supreme Court judgment here –  https://www.supremecourt.uk/cases/docs/uksc-2019-0013-judgment.pdf.